Hello! today i am going to be talking about cool mars facts! Did you know that Mars is Neighbors with Earth? yes! Mars is the 4th Planet away from the sun. Also, if you didn't know, mars's Nickname is "The Red Planet

In 1610, Galileo Galilei Discovered Mars through a Telescope. Did you know that Mars is 4.603 BILLION years old? ? That's true! and people started Studying Mars in the Late 1940s.

For earth, it takes about 687 Days for mars to revolve around the sun. When mars rotates, it rotates counterclockwise. When mars is measured, it has the diameter of 4,212.3 mi, and the earth's diameter is bigger.

Mars's mass is 6.39 x 10^23 kg. The planet is mostly made of silicon dioxide and looks like a rocky, red planet, and the rocks are made out of iron.

Mars's temputure average at about -81 degrees, but in the winter it is about -220 degrees. that is COLD!

Did you know that Mars is named after the god of war? one of mars's moons is in danger. Mars had water, but a long time ago it froze and is now frozen.

i hope you liked this website about mars facts and make sure to check out the other planets! 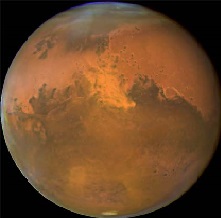 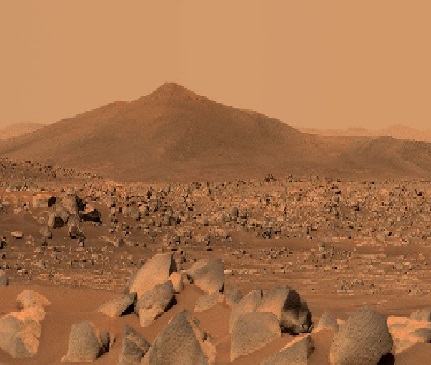