Saturn is the sixth planet from the sun and the second largest in the solar system. It is a gas giant made mostly of hydrogen and helium. Saturn has a diameter of almost 120,000 kilometers (75,000 miles), almost nine times that of Earth. It has a mass 95 times that of Earth.

Saturn has a very strong magnetic field. The field is about 10 times stronger than Earth's. It has a magnetic north and south pole, just like Earth. The field traps particles from the sun and creates a huge, beautiful ring around the planet.

Saturn has more than 60 moons. The largest moon is Titan. It is bigger than the planet Mercury.

Saturn was first discovered by Galileo Galilei in 1610. 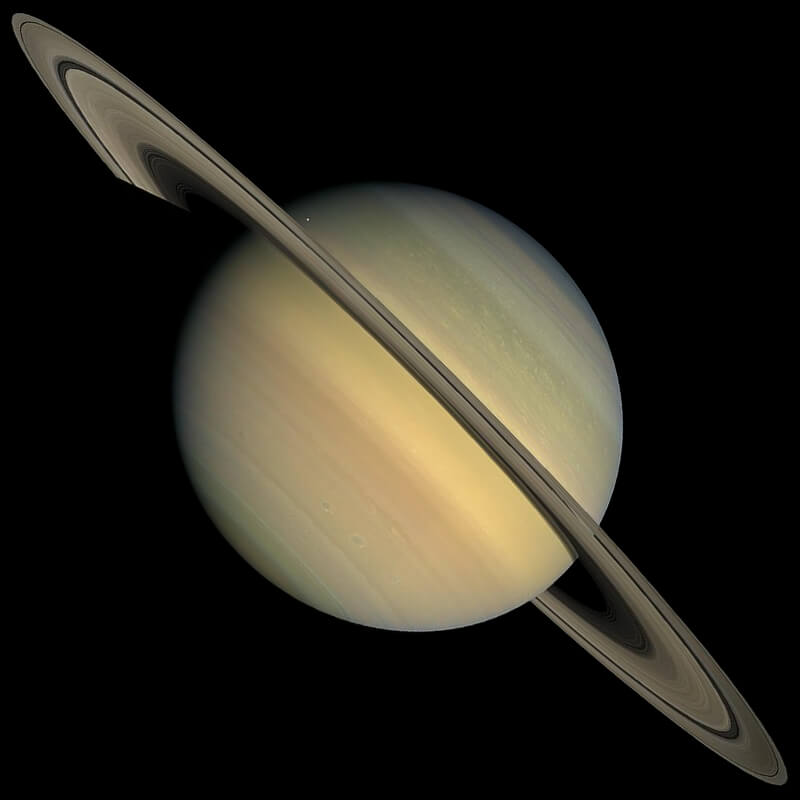